Well, this year it has been refined with the biggest changes coming in the suspension. The steering head angle was updated, forks and dampening were replaced and the swing arm was tweaked. Engine tuning and throttle response was also modified. Now if only I could find a convincing argument to let me add one to the stable. 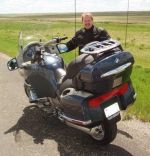